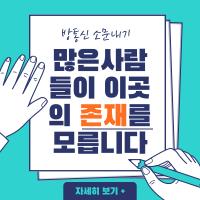 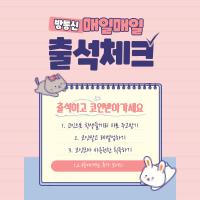 The following issues are resolved in this release of VMware Workstation.

On a Windows 7 host, when you plug and unplug a headset several times, the audio card of the guest would not work. This has been fixed in Workstation 9.0.2.
When installing VMware Tools in Linux virtual machines, the The default screen resolution options have been standardized to 640x480, 800x600, 1024x768, or 1280x800 for the initial login. After login, resolution can be set to any value the user desires or Autofit can be used.
You can now create full clones from a snapshot of a Windows XP Mode virtual machine.
Image copy/paste now correctly function with Solaris 10 and 11 guests.
In VMware Player, the list of available NICs in the Automatic Bridging Settings dialog window is now refreshed without restarting Player.
A virtual machine created using Use a physical disk (For advanced users) from the new virtual machine wizard may display the following error when powering on: A fault has occurred causing a virtual CPU to enter the shutdown state... The cause of this issue has been fixed.
More detailed PCI information has been added and a potential problem that resulted in risk of rebooting the host when selecting Collect Support Data has been fixed.
Previously, when you manually disabled networking in the Network Manager and then attempted to suspend the virtual machine, the operation would fail and Workstation would show thean error The request to suspend this virtual machine failed because the corresponding VMware Tools script did not run successfully.... This has been fixed.
A memory leak that impacted Windows hosts and guests has been fixed.
When running in a Linux distribution using the GNOME 3 desktop environment, Desktop folders now open as expected.
The OVFTool has been updated to version 3.0.2.
Disk cleanup for encrypted virtual machines has been disabled until VMware can further investigate reports of encrypted disks being damaged by this operation.
Autostart virtual machines now power on automatically after upgrading Windows hosts to Windows 8 or Windows Server 2012.
VMware Tools no longer crashes on Windows 2008 Server Core x64 SP2 operating system, with the following error:
VMware Tools unrecoverable error: (vthread-3)
Exception 0xc0000005 (access violation) has occurred.
However, Windows 2008 Server Core x64 SP2 is not a supported operating system for VMware Workstation.
Scrolling with a Lenovo ThinkPad UltraNav scroll button no longer requires excessive force.
From the Linux version of Workstation, the Description field for a remote virtual machine now captures all characters entered.
When editing Workstation preferences on Windows hosts, occasionally a permissions error would be displayed. This issue has been resolved.
It is now possible to create a linked clone from a read-only template virtual machine.
Facebook Twitter Telegram Pinterest KakaoStory Band Kakao
위로 아래로
에디터 선택하기
✔ 텍스트 모드 ✔ 에디터 모드
?
댓글 쓰기 권한이 없습니다. 로그인 하시겠습니까?
Comments '2'
쓰기